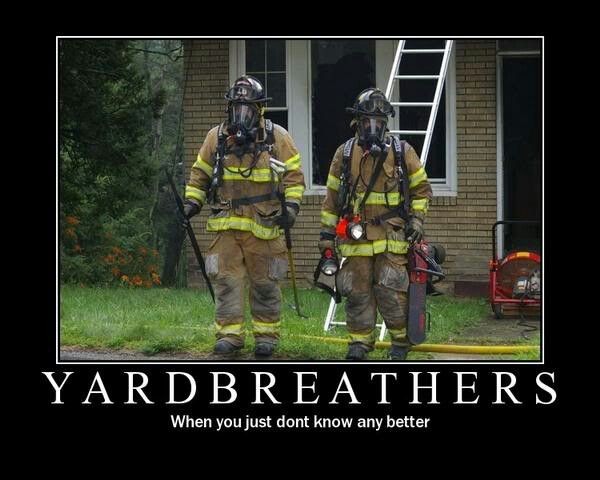 Over sometime now, I've noticed that there are a lot of firefighter's walking around the fire ground turtled up, face piece on, hood on, helmet secured with their chinstrap, and regulator out, waiting to do something, or even operating on an exterior line… This is extremely concerning! Not, the turtled up part, (Great Job!), but the regulator part...

I have no idea who is teaching this or where someone is learning this, (probably from the internet), but whomever is doing this should really think about it… So, to have a better idea of what you exposing yourself to and what I am talking about, we decided to some un-scientific firehouse research on the exchanging of 02 with your face piece on using a multi-gas meter as well as a CO2 meter to determine some results. Here is what we found out.

With the understanding that the perfect atmospheric oxygen breathing level is roughly 20.8%, and that below 19.5% O2 is considered dangerous, we found that with the firefighter simply sitting in a relaxed state, face piece on, breathing normally, that the exchange of air through the opening in the face piece, does not appear to allow the firefighter to get the full amount of 20.8% O2. Over a minute of testing time, we found a low of 16.8% O2 and the highest level of 20.1% O2 with the average of roughly 17.8% O2. Again, this was 1 minute in time and while at rest. At one point we even reached a low of 15.4% O2 longer into the testing. (please reference the attached pictures, video to follow).

So, why is this so concerning? Let's think about it… If we were operating at a hazmat incident, and we entered an environment with 17.8% O2, we would immediately make sure that we were breathing on supplied air. The concern of the absence of O2 in the area would be that something is either consuming the oxygen or displacing the oxygen. In this case both is happening. Your body is consuming the O2 through inhalation and through exhalation, you are exhaling CO2 and roughly 16% O2 which is filling the nose cup of the face piece (displacing) and is not fully being exhausted out of the face piece until you put in the regulator… therefore, you are potentially walking around the fire ground "ready to go" already at an oxygen deficit.

Again, I'm sure there is some study somewhere that will refute this line of thinking as this was just some fire house kitchen testing… But, to prevent this potential from happening, why don't we go back to learning how to be proficient in putting our face piece, hood, and helmet on in a timely manner, when you need it! Let's stop taking short cuts, especially if you don't know what the consequences are, or why you are doing something!

It's time to get back to the basics and stop learning how to be firefighters just from the internet! Ironic, I know, that I'm posting this on the internet!