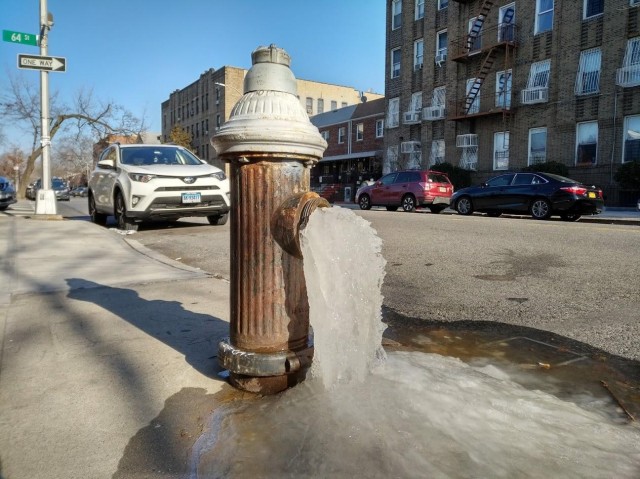 The other night I caught a small job in Brooklyn and the first due Engine Chauffeur 219 encountered a frozen hydrant. Following the proper procedure, the Chauffeur transmitted an URGENT for a frozen Hydrant and requested a 10-70. The Second due Engine was on a good hydrant and was able to hand stretch a 3.5" supply line to the first due Engine and was able to supply the Engine that eventually had 2 lines coming off of it.

The First due Engine Chauffeur dropped the tank water and while all of this was going on, the Control man and Chauffeur from Squad 1 were assisting getting the hydrant operational. They ended up using a road flare and sticking it in the barrel of the hydrant and within a minute or two had a positive water source! It was a great heads-up move! The key is to hang the road flare in the barrel through the use of the wire legs, don't just drop it in!

This photo was captured by Mike Cherry showing exactly what can be done if you think outside the box. This move could be key in saving someones life, yours, mine, or a civilian!